My boss and his guests were complaining about the heat back in the cabin area of the King Air B200. These airplanes are notorious for not having very strong a/c. We had been using the B-Kool air conditioner which you can actually see up against the wall of the hangar in some shots. The little guy did a stellar job but it was just too small for our larger cabin on a hot day and within 30 minutes, all of the ice in it was just water. Furthermore, it looked ugly… its just an ice chest with fans sticking out. The Arctic Air looks much nicer and has a larger capacity for longer periods of use. I also like that it has a drain tube so that I dont have to constantly place and replace it in the plane. Just drain and refill. Done.

I don’t like that it only comes with a 6′ power cord. Sportys will try to sell you a 42″ extension cable (which I think is actually an elongated 4-pin ATX connector commonly used in computers) for $25 each. No thanks. I bought one 5 meter and one 3 meter 24 volt car cigarette lighter extensions which I will just run from the cockpit outlet, between the wall and the seats, all the way back to the baggage compartment. The extensions were just $20 total on ebay. I couldn’t find them at walmart or bestbuy. To buy the appropriate amount of ATX extensions from Sporty’s would have been about $75. So without those extensions, it will have to sit on the divan as shown in the video and reduce our passenger capacity from 8 to 6. My plan is to always have it in the baggage compartment and run the power back to it. A little electrical tape to hold the extensions together probably wont hurt.

I only put 3 bags of ice into it for the test run but it looks like it’ll swallow 5 or 6 of them! On a flight day, I will connect the plane to the ground power and blast the arctic air for at least 40 minutes prior to go-time and report how it did.

While researching Arctic Air, I called their sales line. None other than their owner/inventor picked up and was a delight to speak with. He offered to bring me a unit at no delivery cost if we flew into Tifton, GA. He also said that he will give you an air conditioner for FREE if you book a stay at one of his properties in the Bahamas. So that deal could save you a lot of $ if you are planning a trip out there. Just call the sales number listed at www.arcticaircooler.com and ask for Mr. Turton.

Check out Nutnfancy’s great review on my knife here: http://youtu.be/DD24HLC0Ydw

I’ll update with more videos as we get to use the Arctic Air in the field. 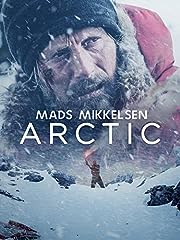 (202)
(as of October 16, 2020 - More infoProduct prices and availability are accurate as of the date/time indicated and are subject to change. Any price and availability information displayed on [relevant Amazon Site(s), as applicable] at the time of purchase will apply to the purchase of this product.) 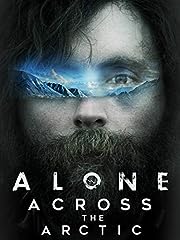 
Alone Across the Arctic

(154)
(as of October 16, 2020 - More infoProduct prices and availability are accurate as of the date/time indicated and are subject to change. Any price and availability information displayed on [relevant Amazon Site(s), as applicable] at the time of purchase will apply to the purchase of this product.) 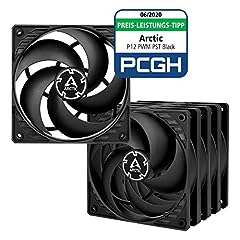 (5285)
OPTIMISED FOR STATIC PRESSURE: During the development of the new P12 PWM PST, special emphasis was placed on a focused airstream and thus a high static pressure 200 TO 1800 RPM REGULATED VIA PWM PST: Thanks to 4-pin connector, the RPM can be regulate... (as of October 16, 2020 - More infoProduct prices and availability are accurate as of the date/time indicated and are subject to change. Any price and availability information displayed on [relevant Amazon Site(s), as applicable] at the time of purchase will apply to the purchase of this product.) 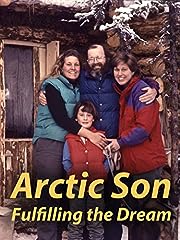 (as of October 16, 2020 - More infoProduct prices and availability are accurate as of the date/time indicated and are subject to change. Any price and availability information displayed on [relevant Amazon Site(s), as applicable] at the time of purchase will apply to the purchase of this product.)

We used to be able to purchase block ice that would last longer than cubed ice. Have not see block ice in a while.

Millions dollar plane and with no decent AC? Jeeez!

How long can you run this unit before it stops putting out cold air?

It would’ve been great if you had a thermometer on the plane, to measure the before and after.

the plane is not cold air condition??

Great Video. You need to post some more videos man!

At first glance I got a bit excited, but after doing some math I’m not so sure. I would like to use this to cool my plane down on the ramp on hot summer days before I fly and hopefully stave off the misery. I starting thinking about it and wondering if it could actually overcome the heat of direct sunlight. I did some internet searching and found that most cars have 12,000 btu/h rated AC or better. Well, water ice has a heat of fusion of around 316 btu/kg. So if I stick 23kg of ice in the thing (~50 lbs, can it hold that much?) and ran it so hard that all the ice melted in 1 hour, that’s giving me ~7000 btu/h with perfect efficiency and no heat lost to the pump, fans, etc…. I am not so sure that will be enough to significantly overcome the massive solar heating that occurs on hot summer days when the sun is shining.

Anyone use one of these in those conditions in a small GA aircraft? How did it work for ya?

Can you use dry ice?

You posted this video nearly a year ago so I’m wondering how this solution worked for you?  The heat and humidity in Houston has me eager for something that really works well!

Does anybody know the phone number to Arctic King? I can’t find ANY information about this company at all.

Update on the moisture I saw on the carpet: the water came from some turbulence that we went through while the arctic air was sitting in our baggage compartment at about a 10 degree angle. Some of the water sloshed over the edge between the lid and the sides so it wasn’t the coolers fault. User error.

Man that thing is not cheap. I just built one for myself…about $150 total. Mine is a 12V setup that will be using a 12v version of the same bilge pump you have. For less than the price these folks are charging, I can build a completely portable 24v system that will run for an hour off some 8000mah Lithium Polymer batteries. My fan and pump draws less than 5 amps at full power.